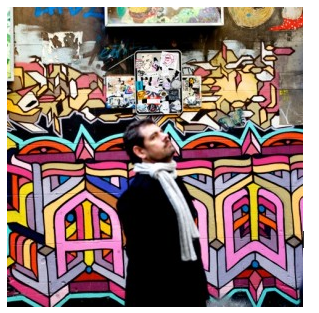 Guests staying on the fringe of the city can now get a glimpse of Melbourne’s iconic street scenes thanks to a new installation of photography from artist Matt Irwin.

“Melbourne’s a beautiful city,” says Irwin, “It’s amazing how there’s always something new to see, and the moods are very changing. I’ve been to the same spot twenty times and never been able to take the same photo twice.”

Irwin has been photographing Melbourne city for more than two decades, earning himself a reputation as a celebrated international artist with his eye for capturing Melbourne imagery, much of which is now on display at the Holiday Inn Melbourne Airport.

“We are passionate about showcasing and promoting Melbourne and its artists,” says Holiday Inn Melbourne Airport manager Ryan South. “Matt is a superb photographer and I love that the pictures are iconic Melbourne images, they’re good conversation starters for guests!”

Part of a recent interior redecoration, Irwin’s work now populates the walls of Holiday Inn, giving guests an unusually intimate glimpse of the city. “I have a massive love for cinema so you could say I’ve got a cinematic eye,” says Irwin, “But as a young photographer I felt like Melbourne was showing off in front of me and I was like, man that’s cool!”

“The new furniture in the lobby is bright, fun and welcoming and contrasts nicely with the black and white images on the wall,” says South. “In the restaurant, where there is less contrast in colour amongst the furniture, we have gone for bold colours in Matt Irwin‘s pictures which leaves an open look for visual appeal.”